This was to be our last full day in Bulgaria. The wind had been strong all night and we had slept badly and waken up a few times when the roof of the tent had been pressed down to our faces by the wind gusts. The good thing with this strong wind was that the ventilation was superb and everything was completely dry.

We had breakfast at a gas station and off we went. We had made an appointment with a host in the Warmshower hospitality network for touring cyclists, but as our route had changed his house were now a bit off our route and we had to send him a mail telling that we couln’t see him. It was a hard decision to make since we really want to meet local people but the detour would have been too long. 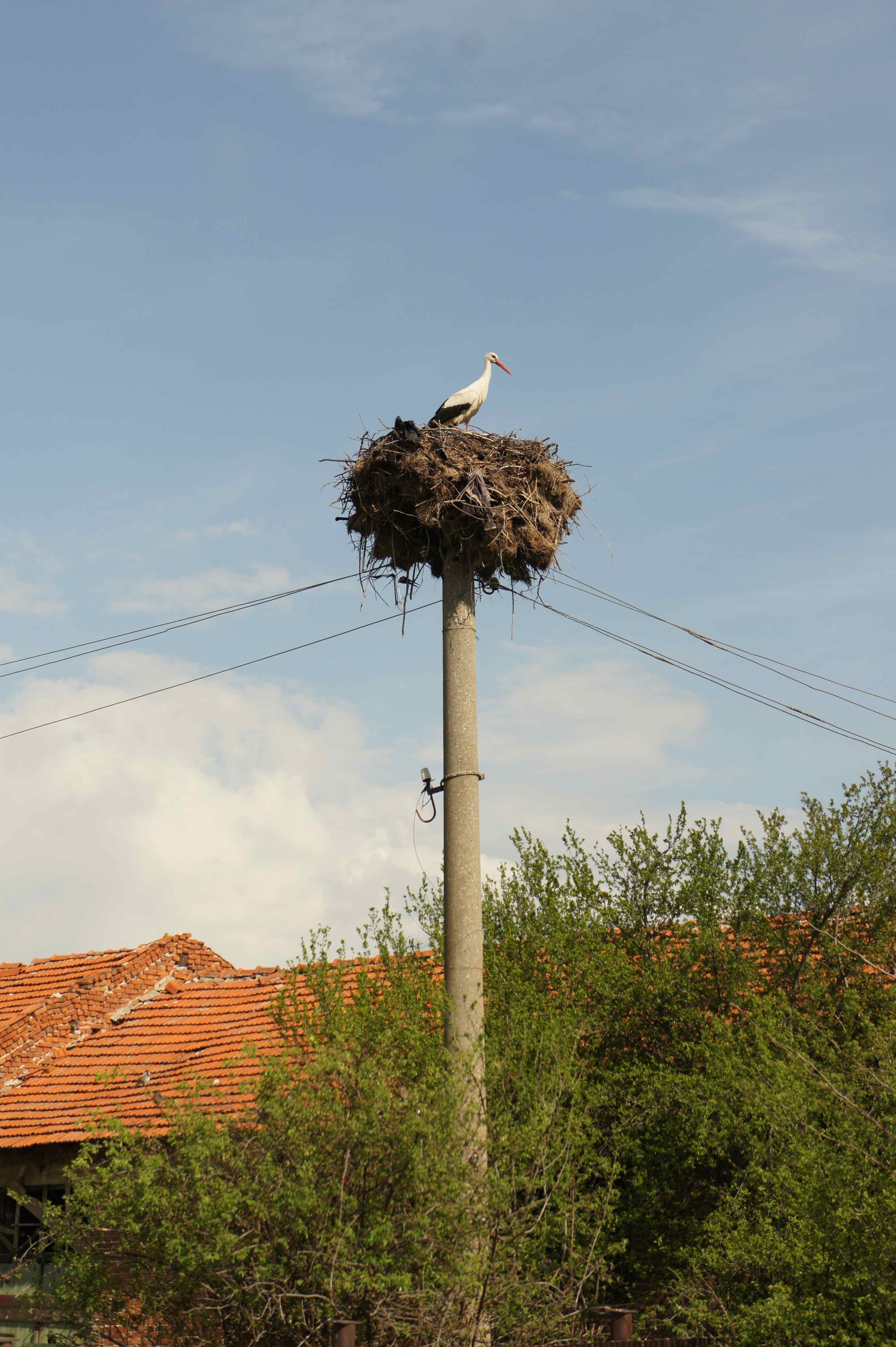 Stork in its nest in a Bulgarian village

There is not much to say about the cycling itself. We went on a large road to start with and there was very little traffic. After the big road we once again hit a small back country road and rode side by side with each other for several hours only meeting cars occasionally.

Storks are rarely seen in Sweden and the first time I saw one was when we cycled through the Baltic countries a few years ago. I almost fell off my bike by surprise but after a while we understood that they were a very common sight in the Baltics. The storks are very common in Bulgaria too and they seem to be present in every village we have cycled through. The number of them indicates that there must be a lot of babies born in Bulgaria… 🙂

We wanted to stay in a hotel this night after having camped for two nights in a row and where the last night has allowed us very little sleep. In all the villages, small and big, there seem to be very few hotels or motels. We didn’t find one until we arrived in the town of Elhovo and by then we were so tired that we decided to take the following day as a rest day.

In Elhovo we found a nice restaurant that served tasty Bulgarian food and we went to have dinner there both evenings we spent in the town.