Isn’t it amazing how much trust people can put in a total stranger? Deniz invited us to stay over night and before leaving for her job she said that we could stay in her apartment as long as we needed.

The evening before Wej had told Deniz that we often use a hospitality network for touring cyclists (warmshowers.org) to find peple who would like to host us for a night. She then told about the similar but larger network coachsurfing for ordinary travelers. Deniz then asked Wej if it isn’t dangerous to stay with total strangers…..

Dear Deniz – weren’t we total strangers to you when you met us at the gas station…? 😉

Anyway – we would like to express our gratitude towards Deniz who invited us – two complete strangers – to stay a night with her. Deniz is the perfect example of the famous Turkish hospitality and this kind of unplanned meetings with nice and interesting local people is one of the highlights on a trip like ours.

Besides having a half broken bottom bracket, Wej woke this morning with a a sore throat that made her unwilling to bike long distances. After sending some mails and talking to the owner of the bike shop we decided to go back to town, check in to a hotel and stay one more night in Istanbul while the bikes were repaired.

We booked a hotel via internet and started to cycle there to arrive when it was open for check in. The hotel looked nice and had a sauna and swimming pool that we planned to use, but never got time to.

As soon as we had checked in and put our luggage in the room we cycled the 9 km along the cycle path in the park that line the shore of the Marmara Sea. Normally our bikes are loaded with heavy panniers and we had not cycled without heavy load since 16th of February when we started our journey.

The bikes felt very strange. The stability we had got used to was completely gone and now they were light, lively and almost hard to control. Then one should know when at home I normally think that this bike is very stable and un-lively compared to the other bikes I have. 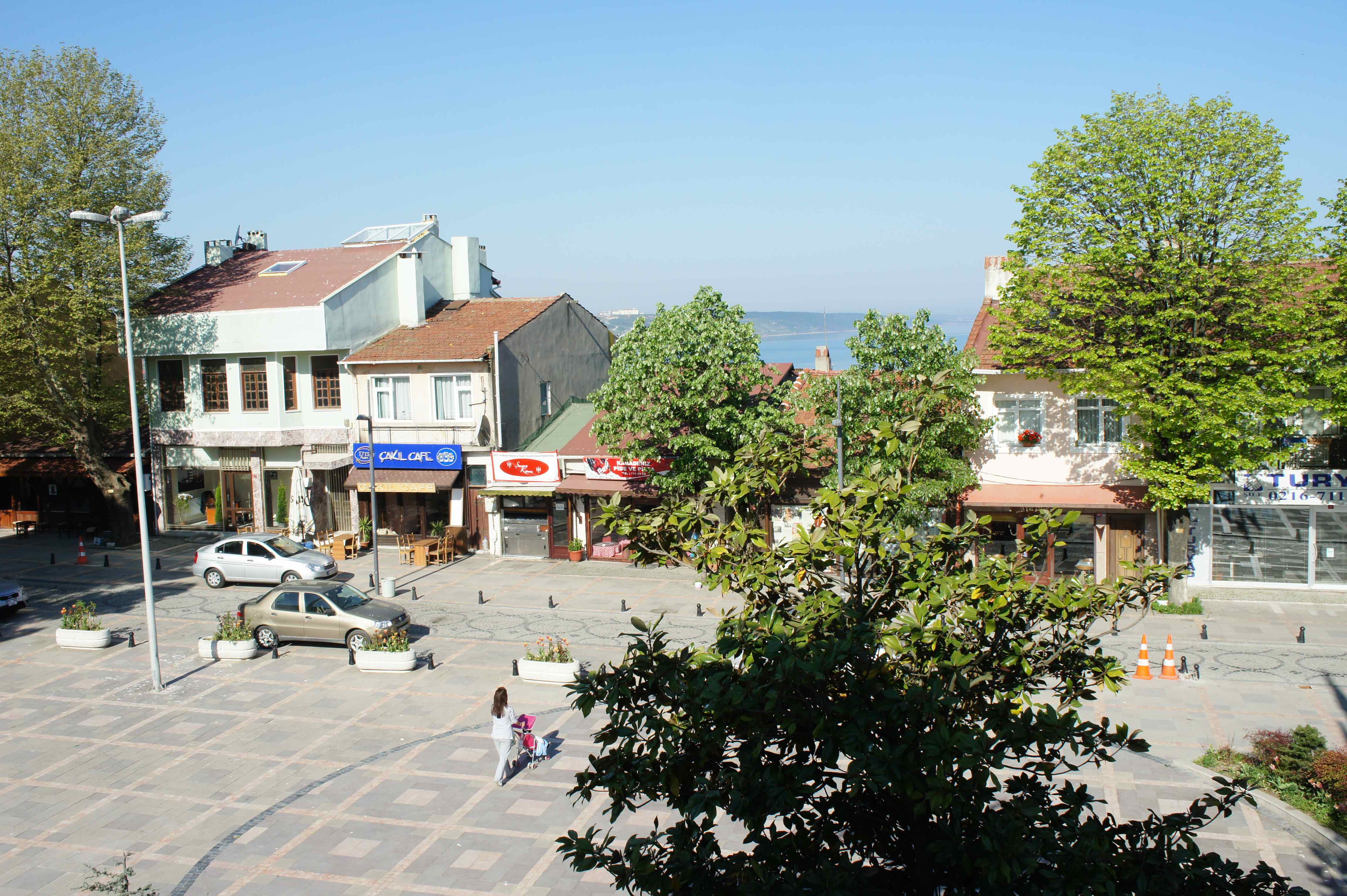 We found the bike shop and parked our bikes outside. The mechanic knew we were coming and took Wej’s bike inside. Since my bike was going to be parked outside while we were in the workshop I decided to lock it. In the same moment as I heard the click from my lock I remembered that the keys were in our luggage back at the hotel 9 km away….

The process to exchange Wej’s bottom bracket took 20 minutes. The mechanic then turned to my bike and offered to cut open my lock and sell a new cheap lock. I was tired and angry with myself and was about to accept that offer when Bülent, the owner, called from the European side to talk to the mechanic about something else. The mechanic told him about my lock and Bülent then said:

A really smart suggestion and both me and the mechanic felt stupid to not have thought about this before…. I am glad this suggestion came up before we cut my lock. If it had come later my anger would have reached a new dimension. 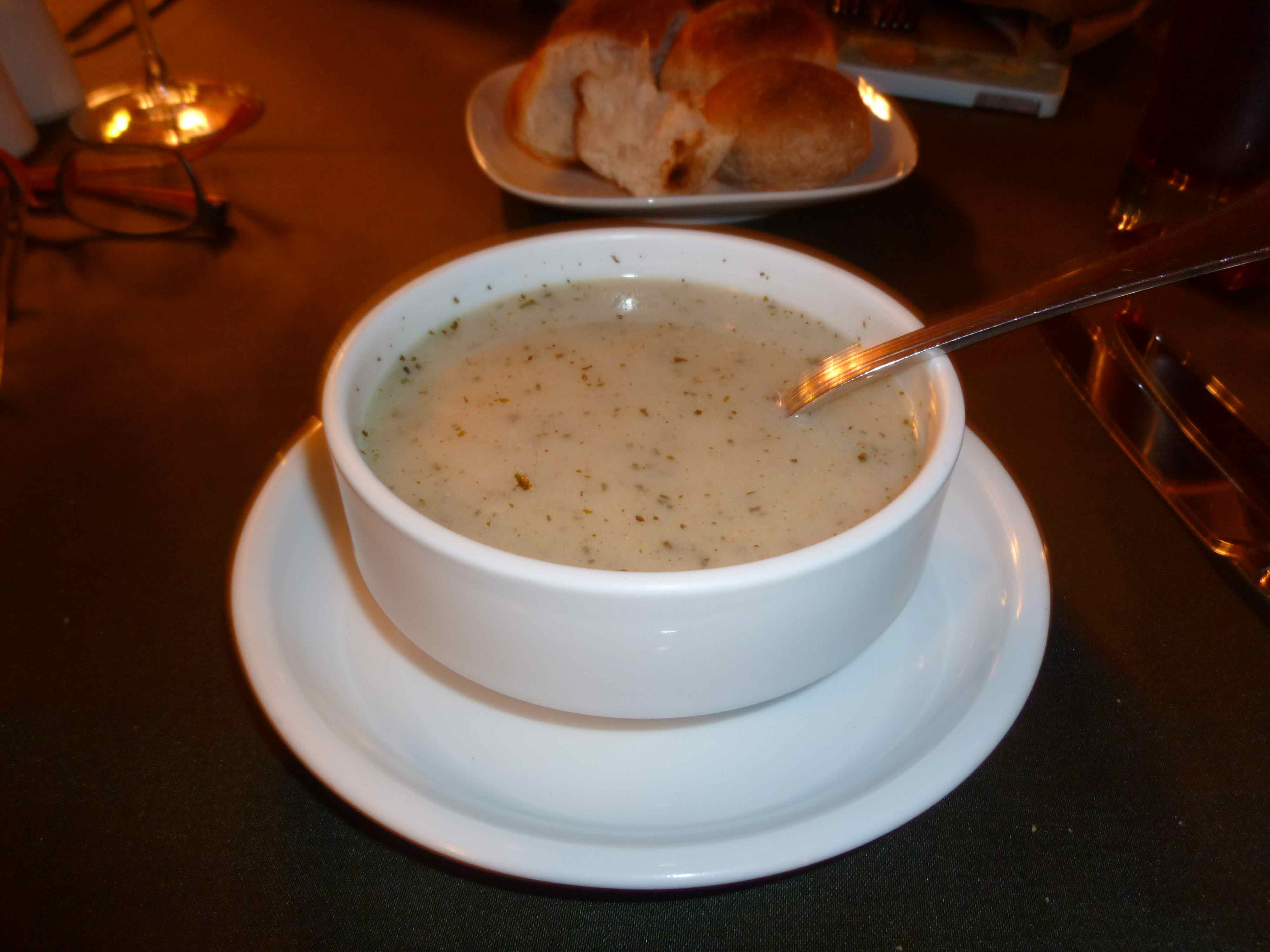 In the evening we had dinner on the hotel’s roof terrace. It was late and we only wanted something light to eat and ordered the soup of the day. After a week in Turkey we finally ate something we didn’t like. The soup had a too strong mint taste and I think the recipe was 3 parts water and 1 part Colgate tooth paste…. 😉

The toothpaste soup was back on the breakfast table but we then went for all other delights the hotel put up.

After breakfast it was time for me to finally accept the punishment for being stupid yesterday. I cycled the 9,5 km back to the cycle shop to pick up my own bike and then back again. Meanwhile Wej relaxed at the hotel – the privilege for not doing as dumb things as I do…

We set off at 3 PM and took the same route out of town as last time. It was even easier now since we remembered the way and soon we passed Deniz house and continued towards town of Sile on the Black Sea coast.

The road was a major highway with two lanes and a wide shoulders and some really nasty hills that were a bit tough for us who had not cycled for a week. It was not the most interesting road to ride on but since we deliberately left Istanbul late to avoid traffic it was our only option if we wanted to reach Sile in the same day.

Our plan was to camp either on the beach or just outside town. Sile was however bigger than we thought and since it was late and we had no food to cook we decided to check in to a guesthouse instead.

This is written in our room while we cook breakfast and prepare lunch sandwiches while enjoying the view of the Black Sea that looks very blue today. 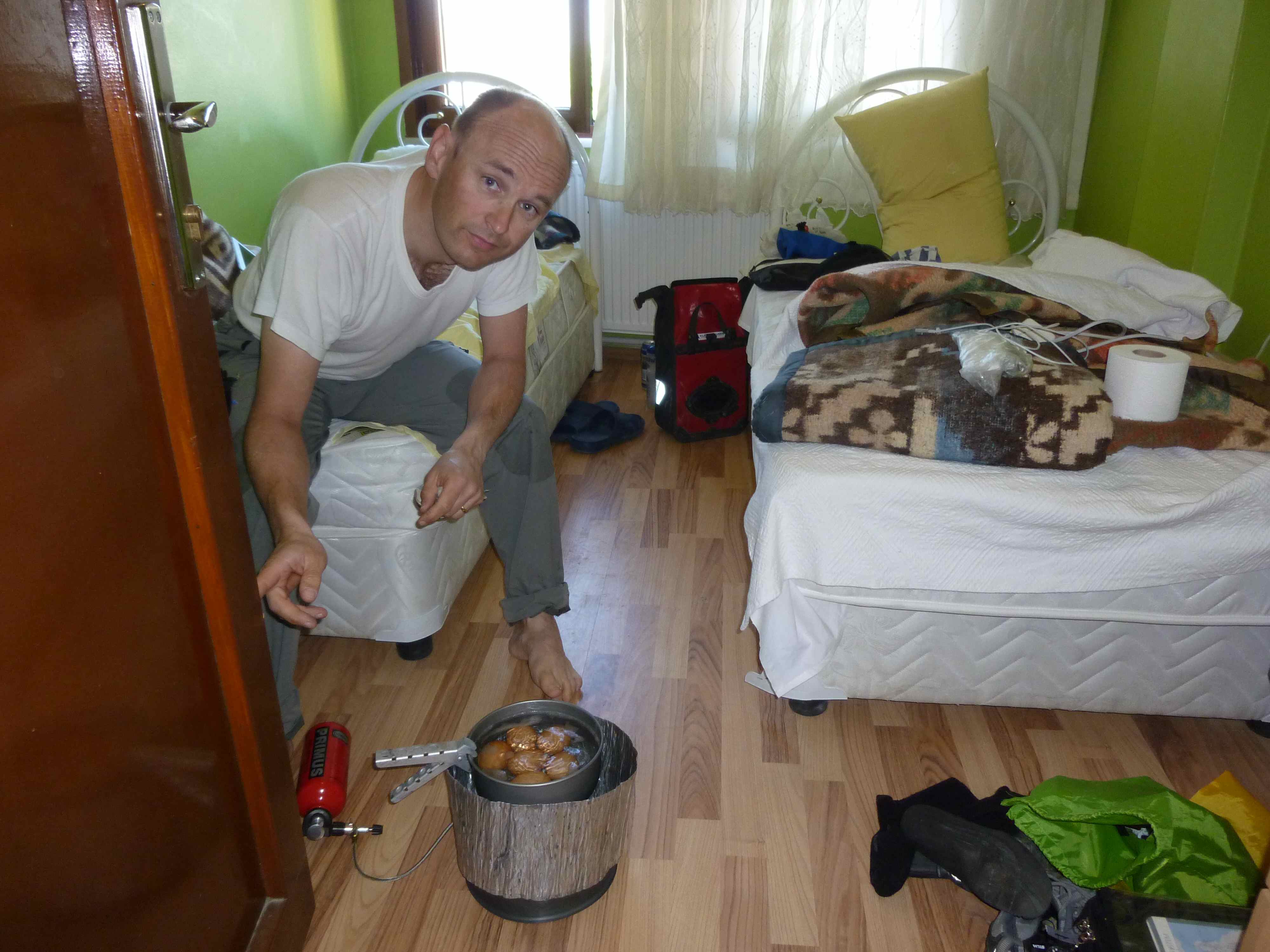 Boiling eggs in our room