While we still cycled in Sweden we took the opportunity to visit friends who live along our route. One day we stayed at our friend Ulrika’s place and when having dinner together I couldn’t avoid taking a look at the blackboard on her kitchen wall where some words of wisdom were written above a shopping list. 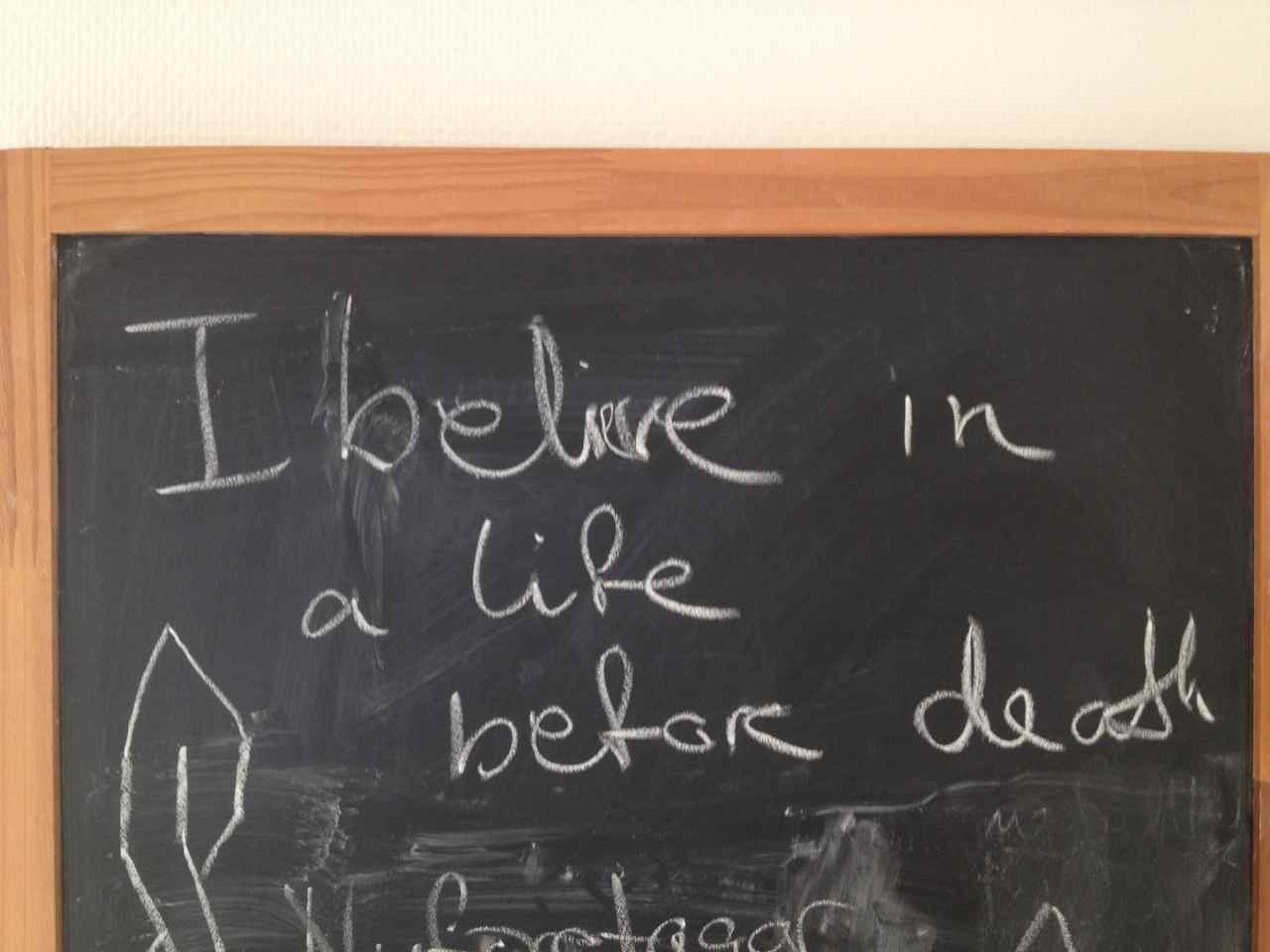 I couldn’t stop looking at that motto that so clearly put words on why we set out on this journey. Why worry about what comes after this life – isn’t it better to focus on the life we are living here and now???

When we made our project to cycle from one home to the other official, people usually told us they also have dreams they wish to carry out some day, but also how they are prevented by the many obstacles in the everyday life. I know how this sort of arguments work because I have also been seeing obstacles rather than possibilities.

While we still were in China we put the order for our new cycling shirts and Wej asked Saeng, a friend in her cycling group, to pick up the shirts from the print shop and send them to us. Saeng liked our shirts so much that she told her other friends who started ordering shirts for themselves. Orders came one by one and everytime we had access to internet Wej and Saeng talked to each other over skype or line.

Saeng and her partner and soulmate P’Nop are both 1000 % cyclists. When Wej spent a year in Thailand they were all in a group that did cycle tours all over Thailand. Since then Saeng and P’Nop have moved on and started to focus on training and competing in road cycling. Even I have cycled with them and I can tell that both of them have legs of steel. 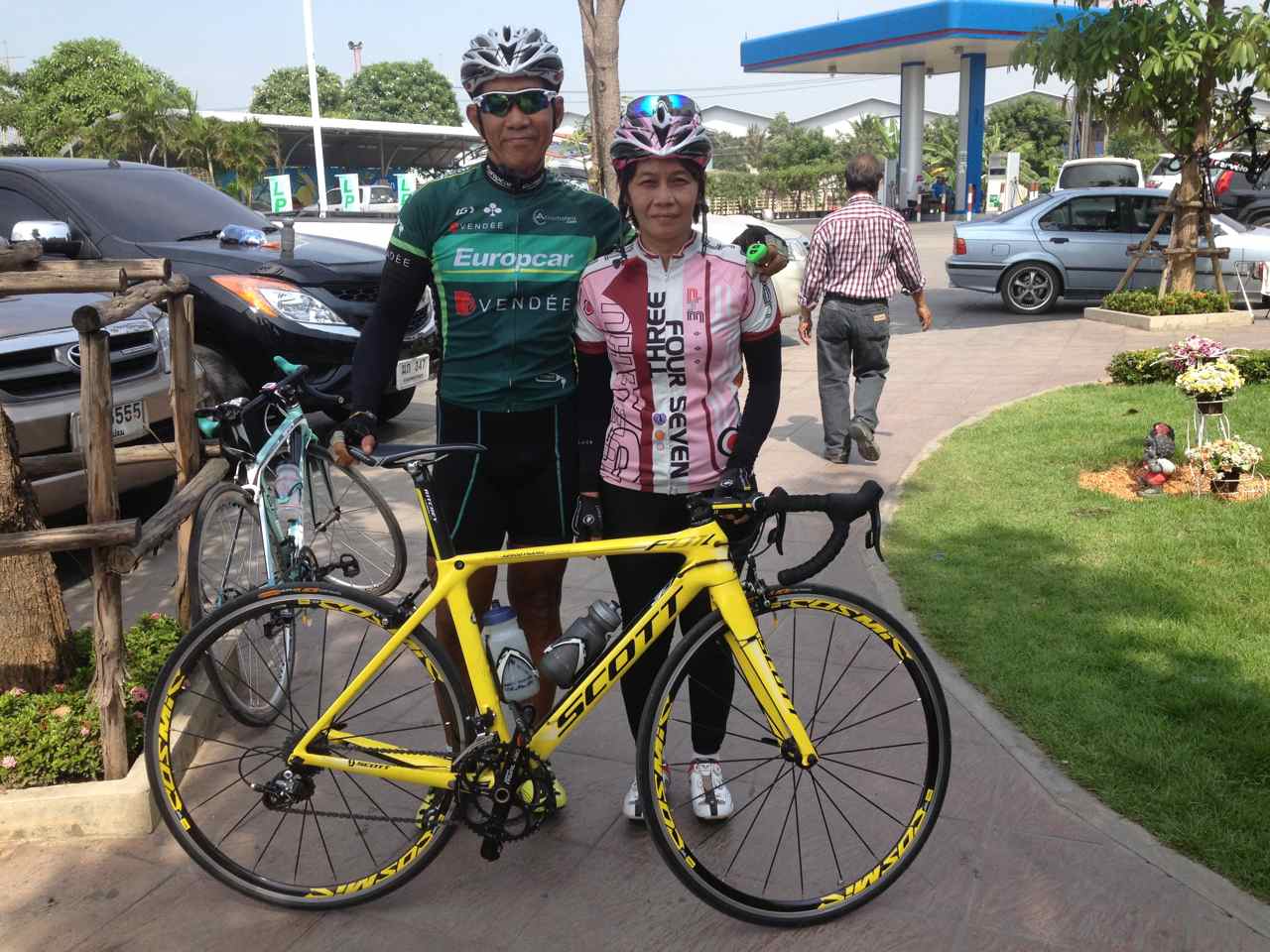 For a while the plan was that Saeng, P’Nop and some of the people in the photo below would come and meet us in Luang Prabang and ride with us to Bangkok. Since both Saeng and P’Nop have sold their MTB:s we even discussed that Saeng should borrow the MTB I have at Wej’s house. Their plans to go to Luang Prabang had to be cancelled for various reasons and later Saeng told Wej she didn’t feel well and couldn’t cycle anyway.

Last weekend were very happy since we first finished our trip to Bangkok and then Wej’s trip from home to home. We looked forward to happy times while relaxing and seeing friends in Thailand and everything was good until Tuesday morning…..

When I came out from the bathroom after my morning shower Wej looked at me with a pale face and said that she just got the information that Saeng had passed away. It felt like time froze until we got it confirmed that she had succumbed to a very rapid disease.

The funeral rituals are carried out in Saeng’s parents home in Suphanburi province some 130 km NW of Bangkok. Wej and I went there yesterday together with friends in our cycling group. We will go again on Friday and then to the cremation on Sunday. 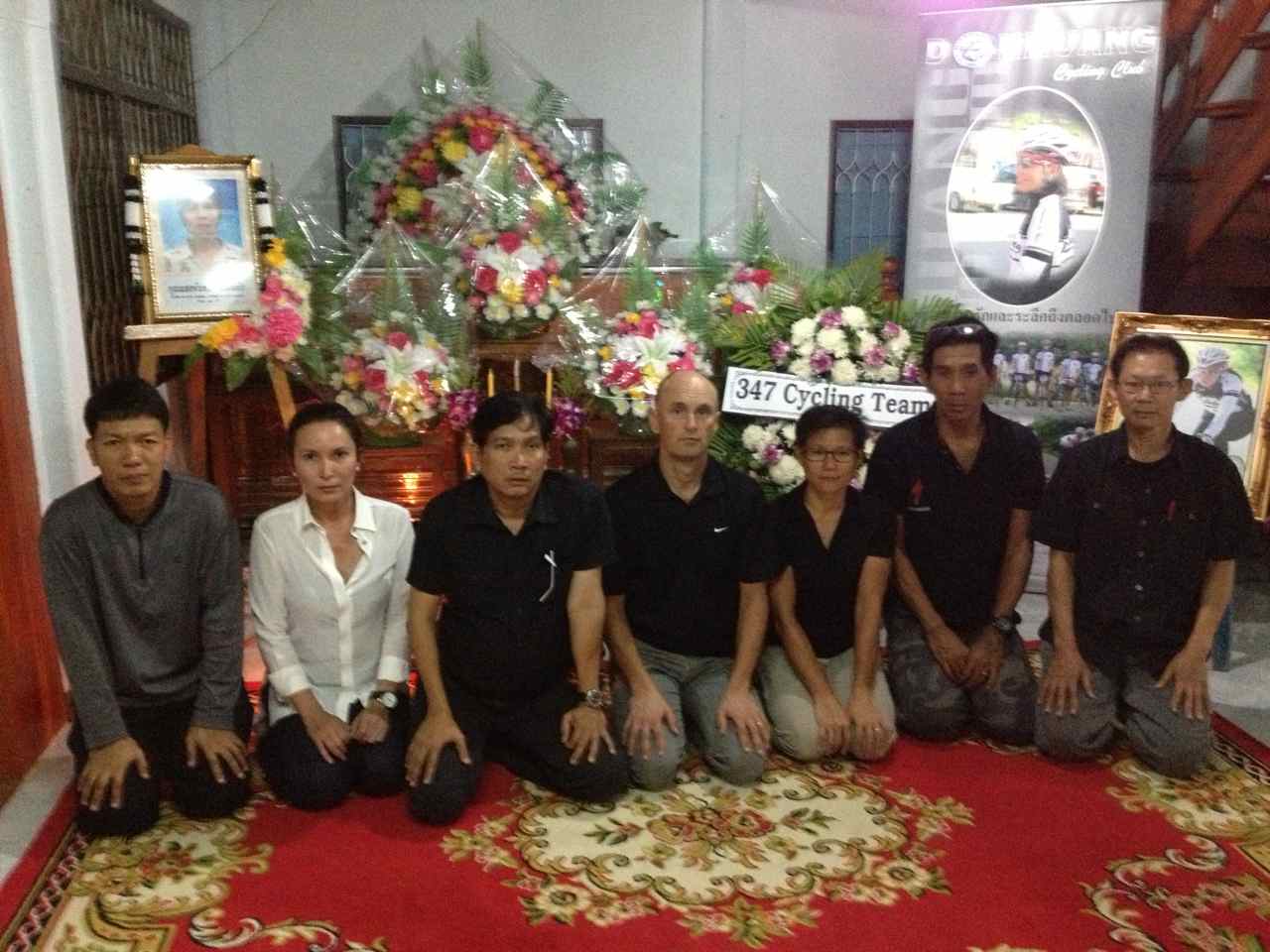 Yesterday night when I was sitting listening to the monks chanting prayers with my palms put together in a wai position, I could see the coffin with a photo of Saeng sprinting fast on her race bike. At that very moment I remembered the words of wisdom written on Ulrika’s note board and connected it to the thai saying that we all know when and where we were born, but nobody knows when it is time to leave this world.

Although sad over the loss of a friend I am at the same time glad that we got ourselves together and carried out this journey of our dreams and I would like to tell you all to not wait to live your dreams later. Live them now 🙂

See the opportunities and not the obstacles – one day it will be too late to live the dream. 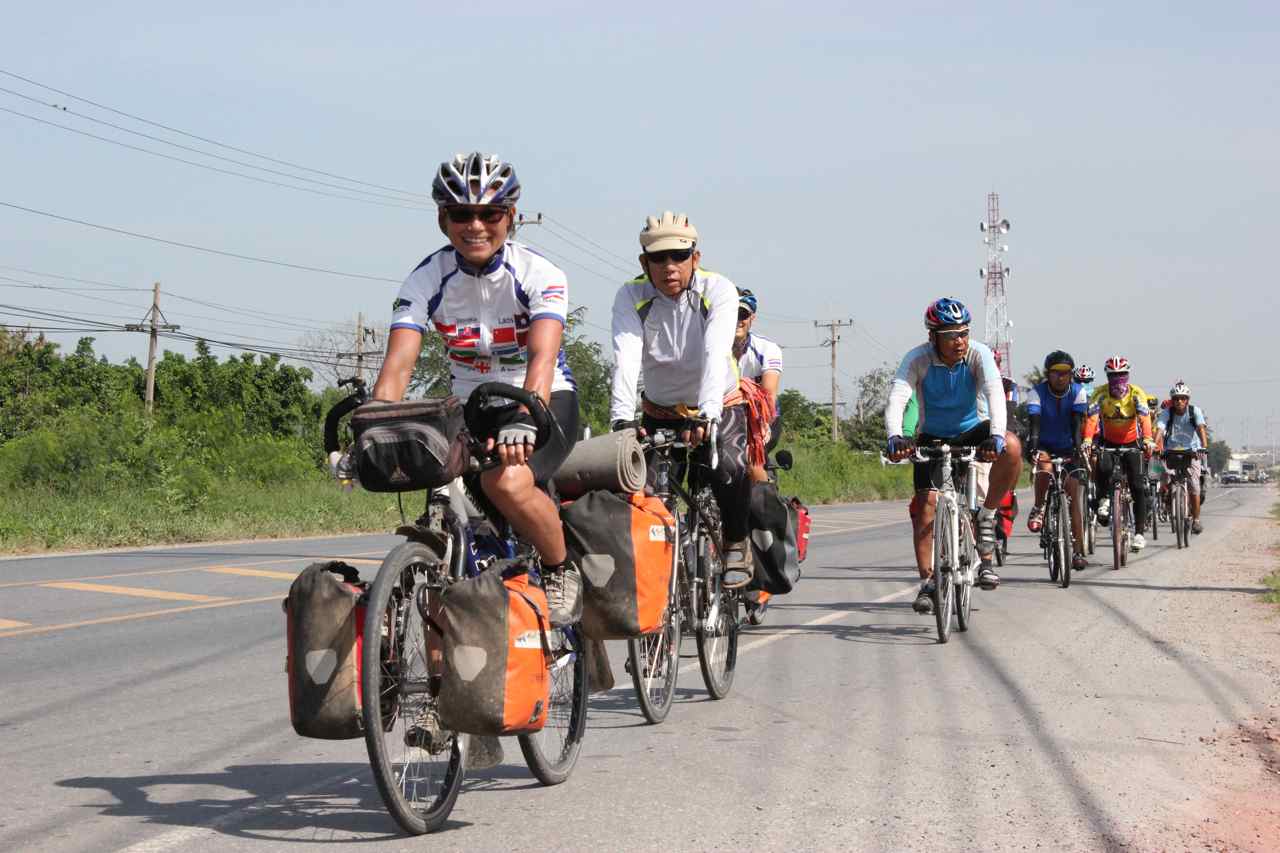 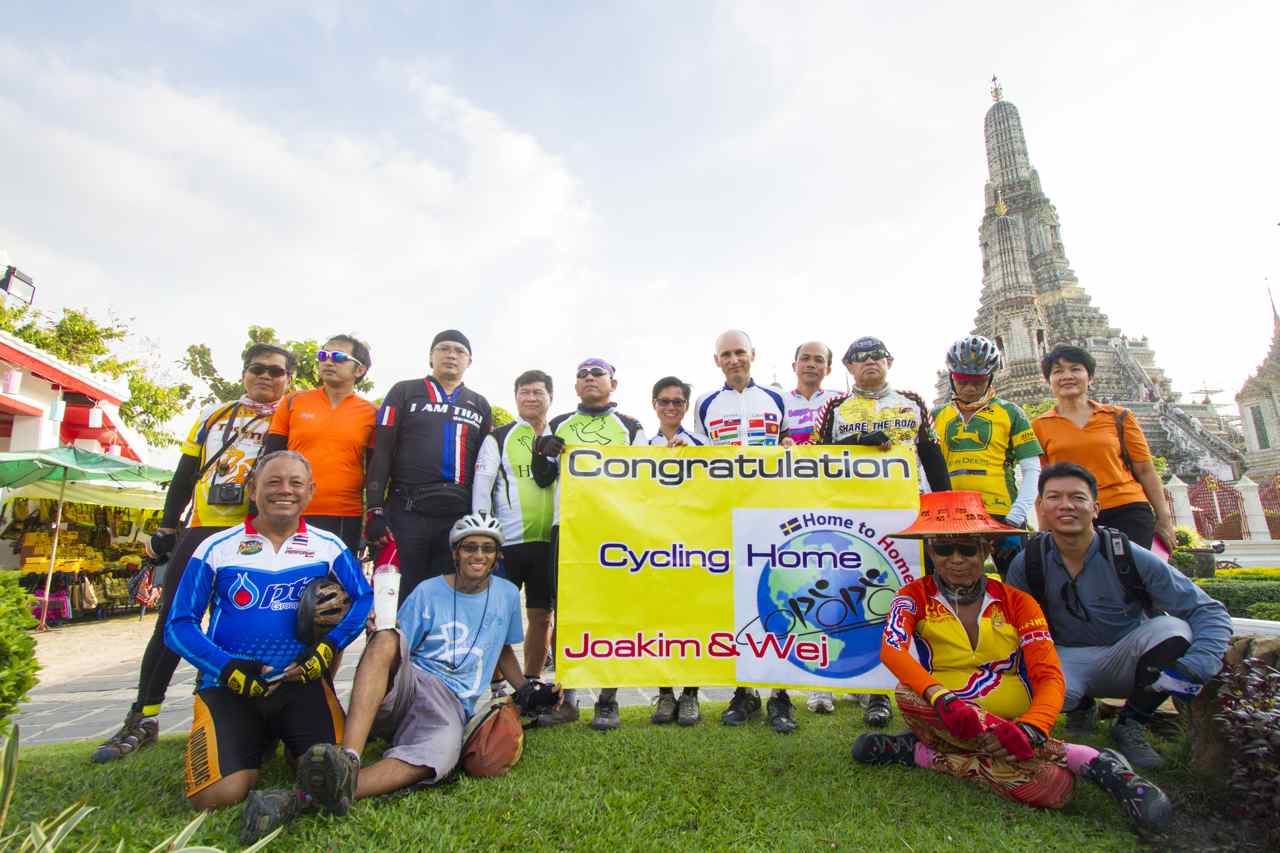 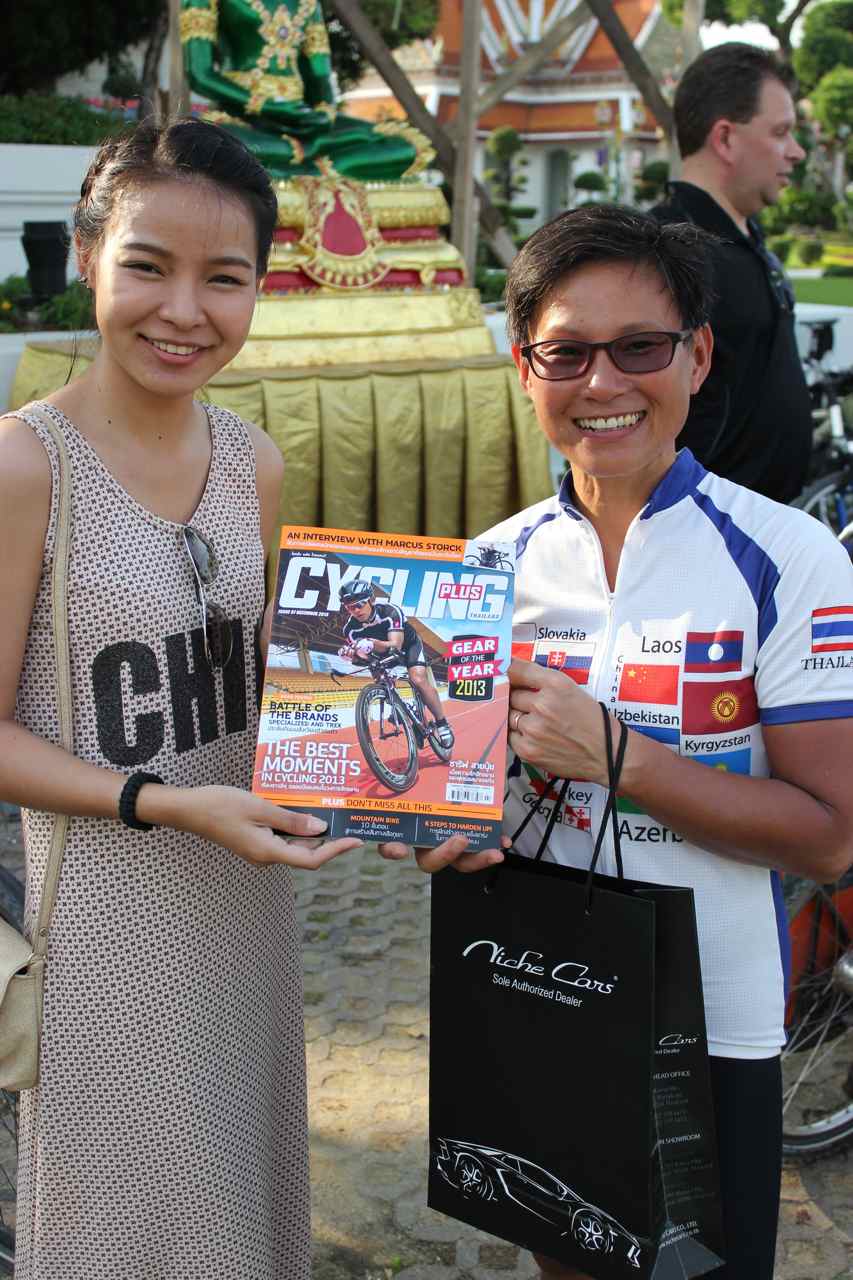 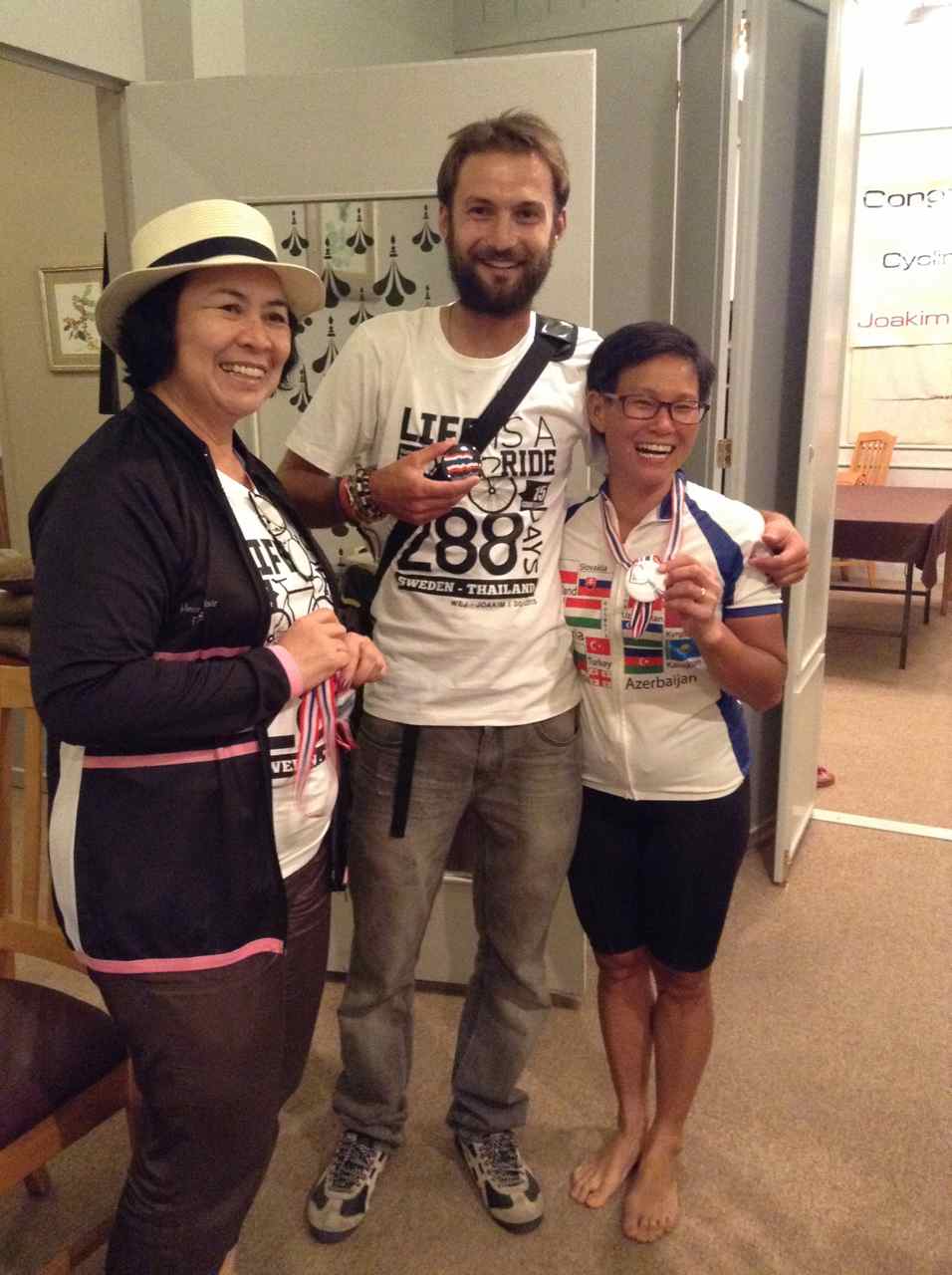 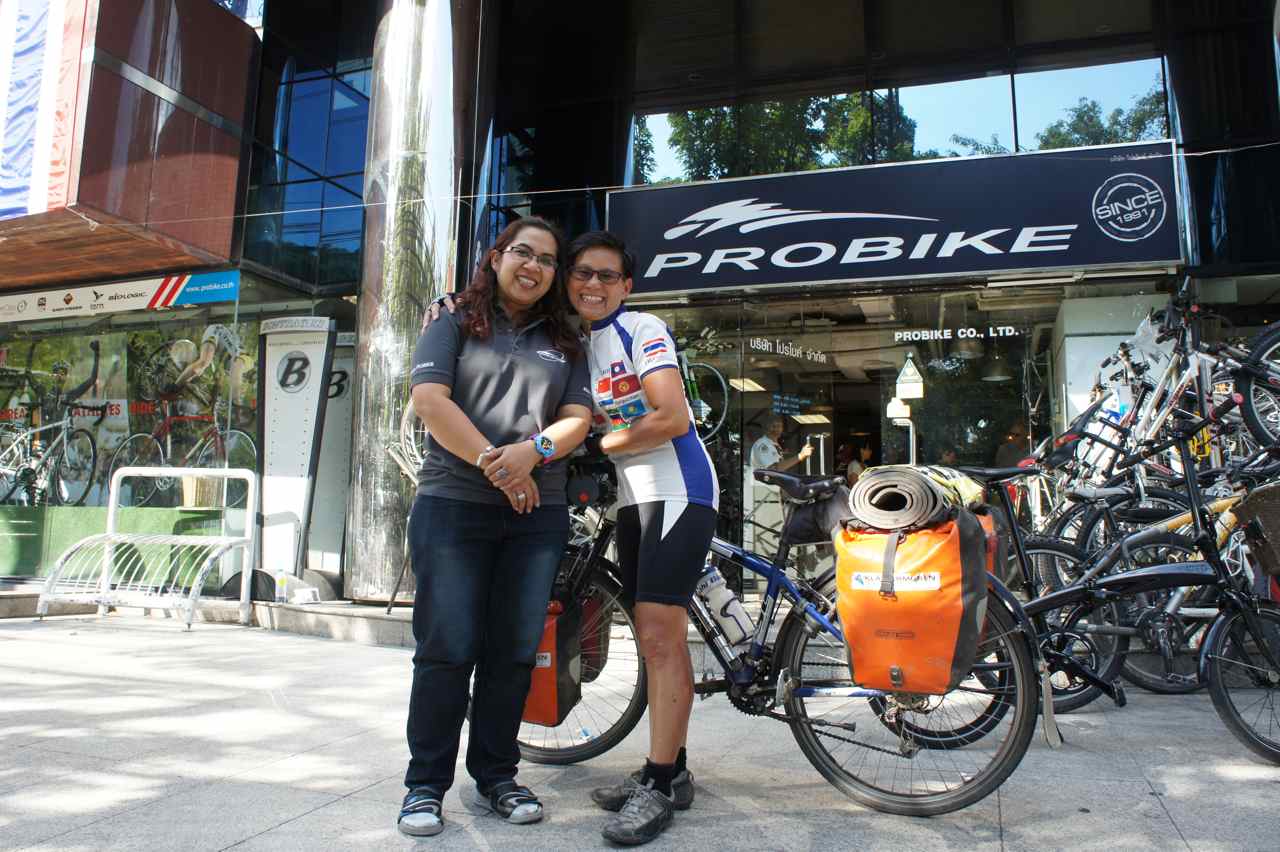 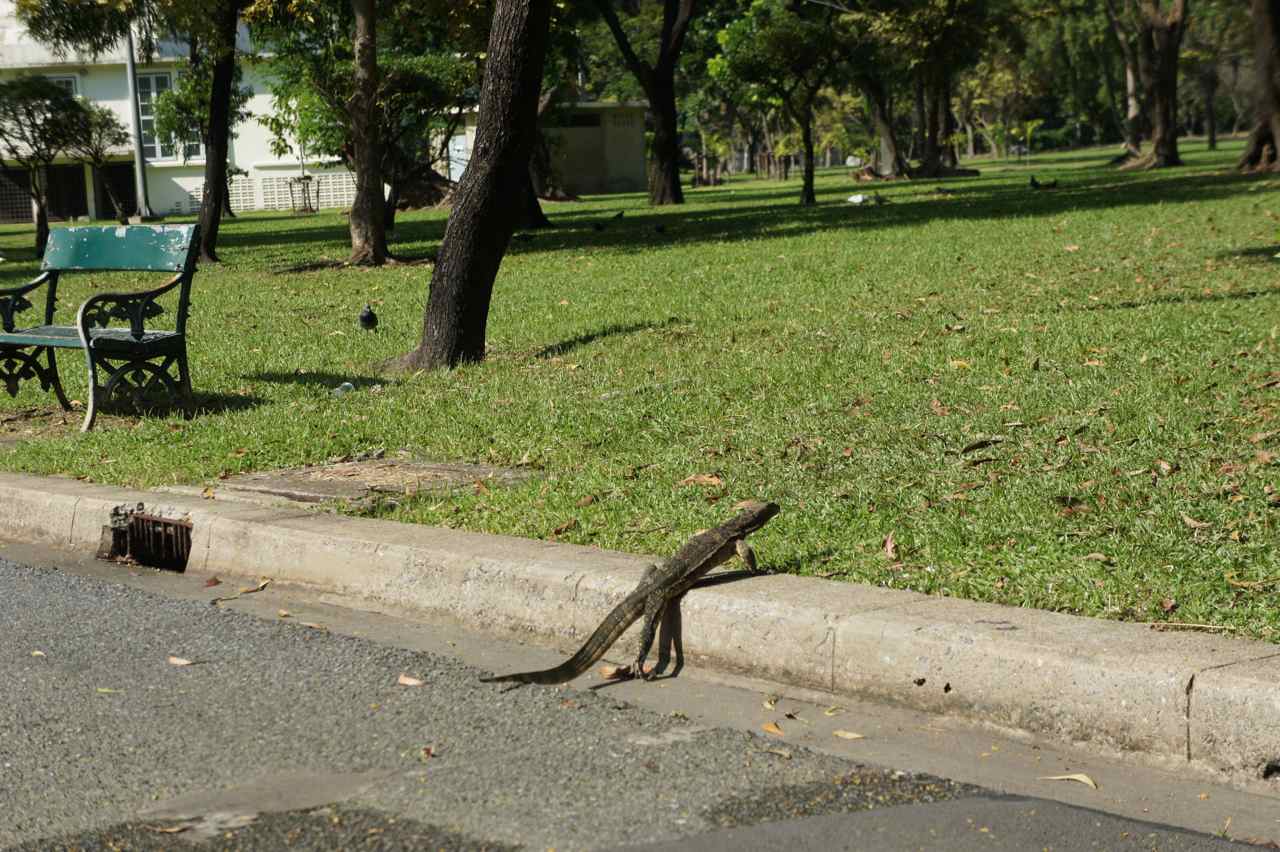 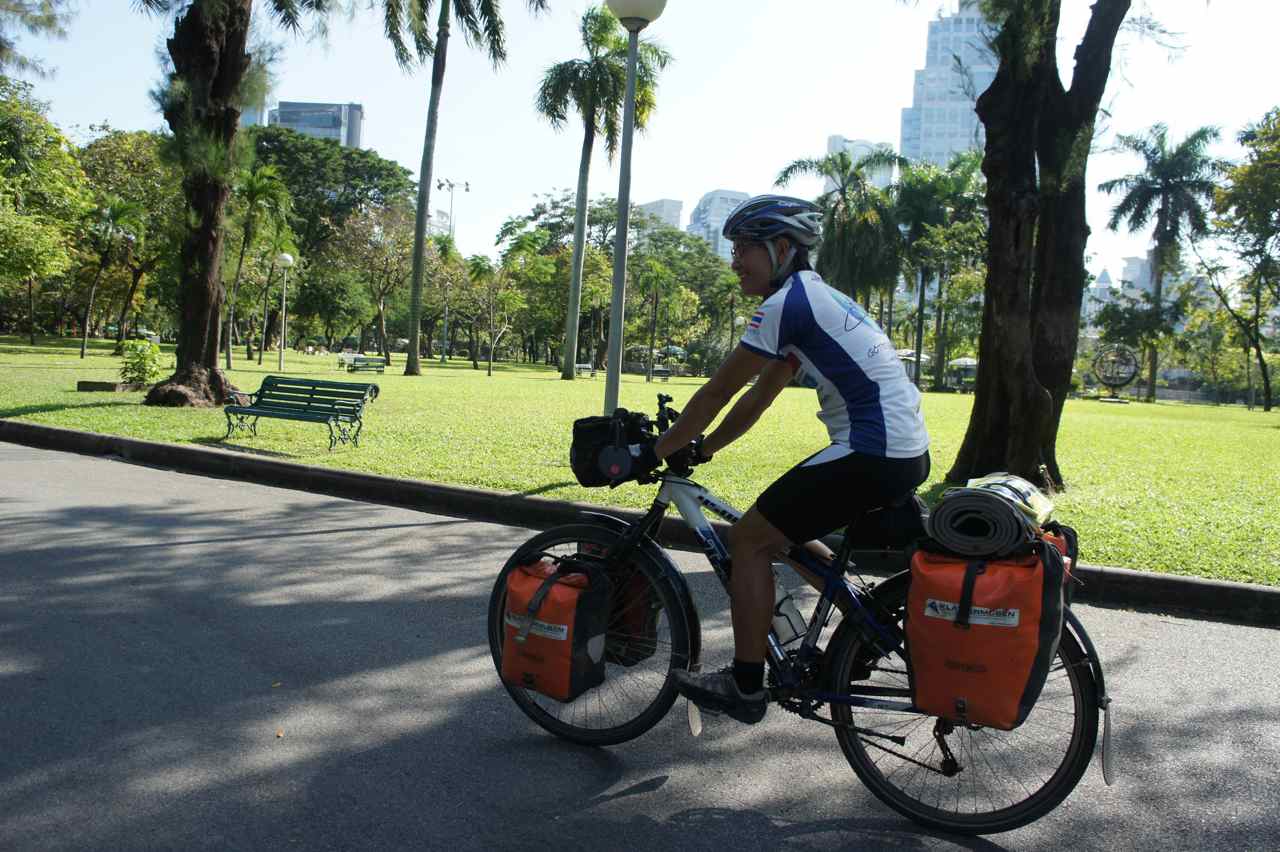 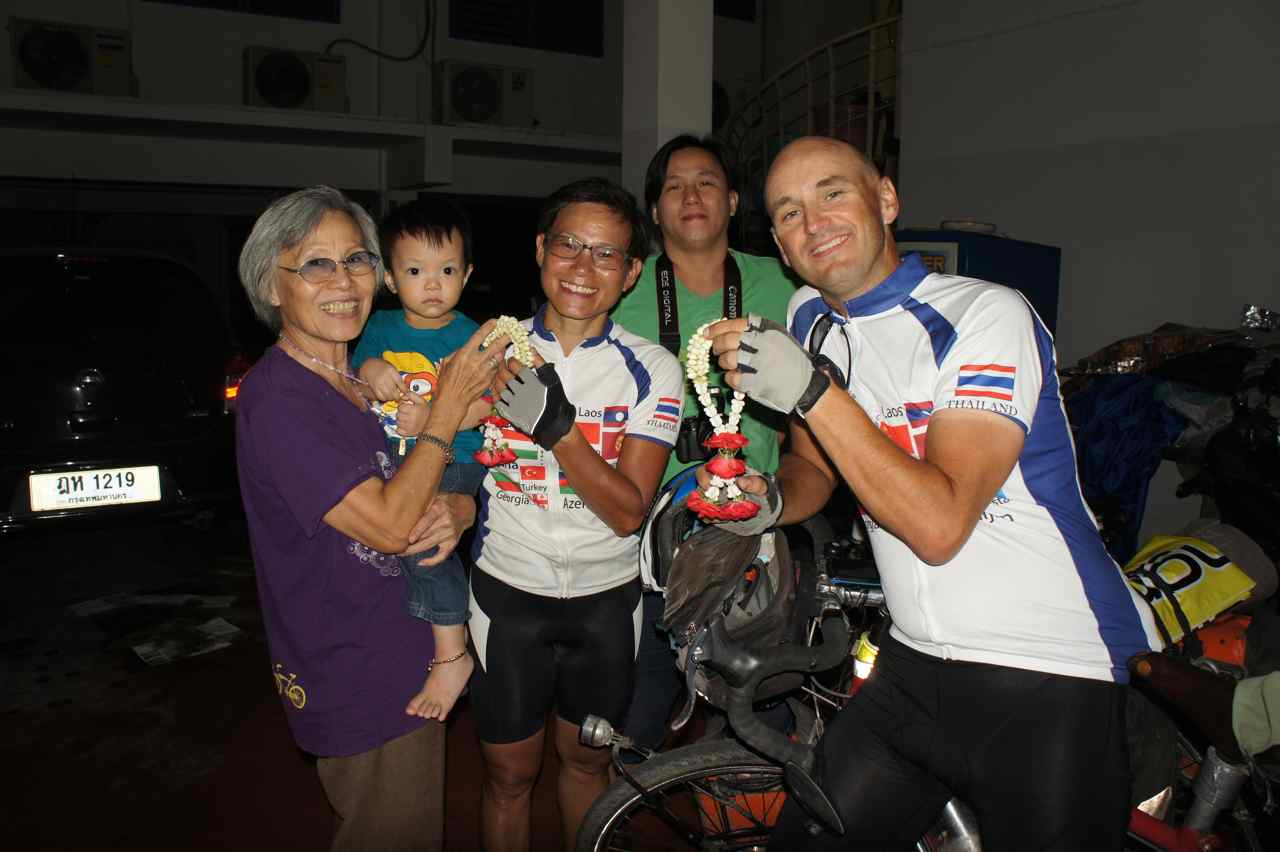