Below are maps of the route we plan to cycle. Everything from distances, traveling times and start and arrival dates are rough approximations.

We encourage our old friends to come and visit us along the way and we are looking forward to making new friends as we go. 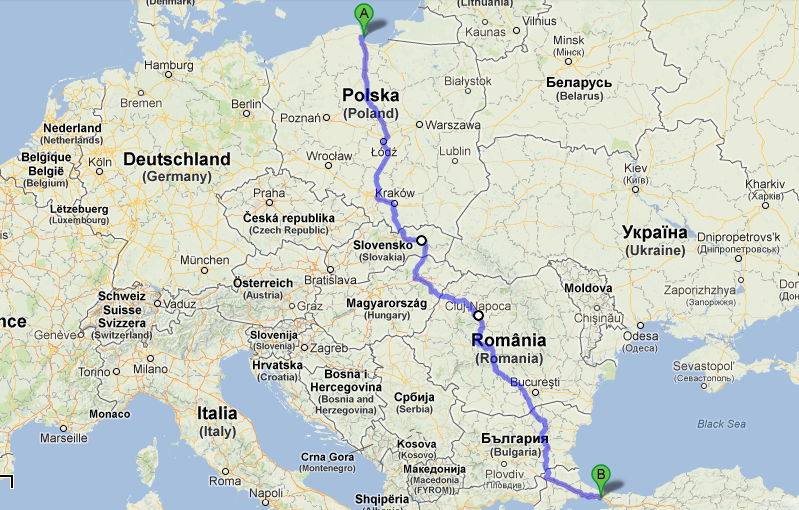 COMPLETED on 17 April after 2413 km. We went back to Sweden from Bucharest for 9 days during the Easter holiday which delayed us slightly.

————
The original plan was to cycle from Istanbul to Tbilisi in Georgia and then go south through Armenia and into Iran and the continue through Turkmenistan. There will be a presidential election in Iran at the time we intended to pass through Iran and visas will not be issued to independent travel during that period. We therefore had to change our route and cross the Caspian Sea on a ferry from Baku to Aqtau. Reports say that this ferry is very unreliable and we may have to wait for a few weeks until we can board which makes it hard to predict when we can start to cycle across Central Asia.
————-

Istanbul – Baku
Distance as 2300 km
Start from Istanbul April 26 and plan to arrive Baku in early or mid June.

Aqtau in Kazakstan to the Chinese border

Aqtau to the border between Kyrgizstan and China
Distance: 2700 km
Travel time is expected to approximately 6 weeks, but visa applications may slow us down.

COMPLETED 11 August 2013 after 2922 km and 29 cycling days. We were hold up in Sary Tash close to the Chinese border for 4 days due to the border being closed for the end of Ramadan celebrations.
————

Through China
Distance approximately 6000 km
3 months traveling time.
We hope to be able to start this segment sometime during August or early September and exit China in November or Early December.

COMPLETED on 3 November after 4822 km. We had to go by bus three times. The first time (approx 500 km) was due major mechanical problems. The second time we didn’t feel safe due to a lot of holiday traffic and tunnels so we took the bus about 110 km past the section with long tunnels. Our third bus ride was 250 km between Kunming and Mojiang to allow a friend who flow in from Sweden to Kunming to cycle with us to Luang Prabang.
————–

Through Laos and Thailand

Through Laos and Thailand
Distance: approximately 1400 km
3-4 weeks traveling time.
We hope to be able to start this segment in early December and finish around Christmas.

COMPLETED on 1 December. We stopped one week in Joakim’s family in Banglen before cycling the last day to Bangkok.
————-