I moved to Sweden with Joakim in 1998. In Thailand I worked as an English teacher at a refugee camp and then at the library of one of the international schools in Bangkok. Once in Sweden I started to study the Swedish and in 2001 I got a job at the city library of Göteborg. The city library has thousands of visitors every day and I really enjoy meeting lots of people all the time. I work a lot with selection and purchasing of books in Thai.

I like all kinds of sports such as badminton, swimming and after moving to Sweden Joakim bought me a cycle to use for commuting. In the beginning it was tough but after a while I got used to it and I have since then taken part in 300 km bike race around lake Vättern a couple of times. 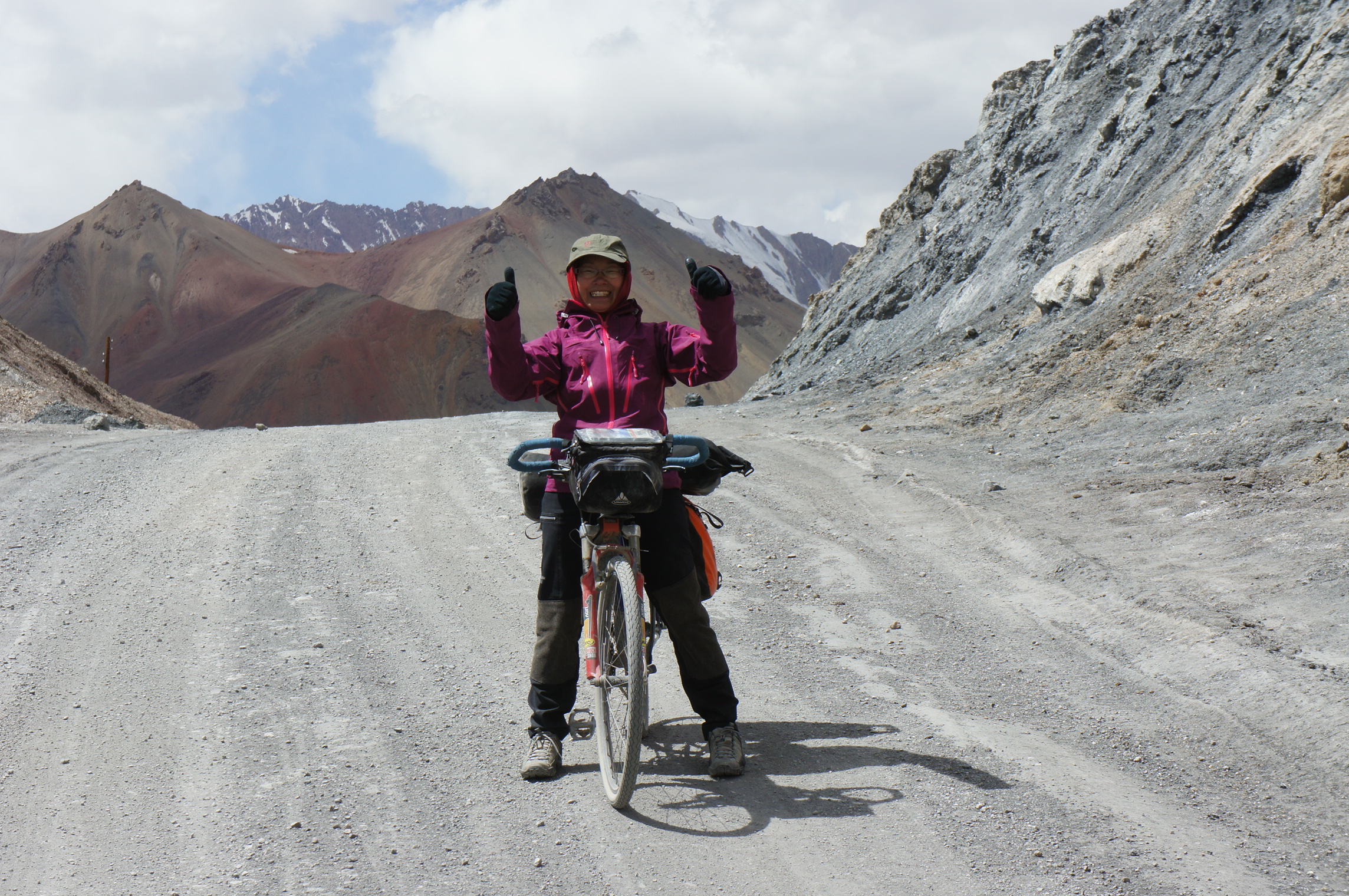 I talked Joakim into trying cycle touring and our first trip was in Provence in 2004 and after that we have been on numerous trips in Thailand, Sweden, the Baltics and most recently the Pamirs in Tajikistan.

In 2005  I took a year off without pay and traveled back to Thailand where I joined a web based cycling community. I joined day trips in the beginning but soon followed my new  friends on longer trips in the , central, north and the northeast of Thailand.

The city library where I work is now closed for a two year renovation which has enabled me to take another leave without pay to be able to cycle from home to home.