If yesterday’s cycling was charachterized as a ride through dull landscapes, then today’s ride was the complete opposite. Minus and plus evens out and now we are even…. 🙂

Before leaving the city of Sibiu we cycled around and checked out the old town. This city too seems to be a very charming city just like Medias was yesterday. I really recommend visiting these towns if you want to go for a long weekend and see nice old cities. It is just as interesting as going to France or Italy but the prices for food and accomodation is a lot lower than in those countries. 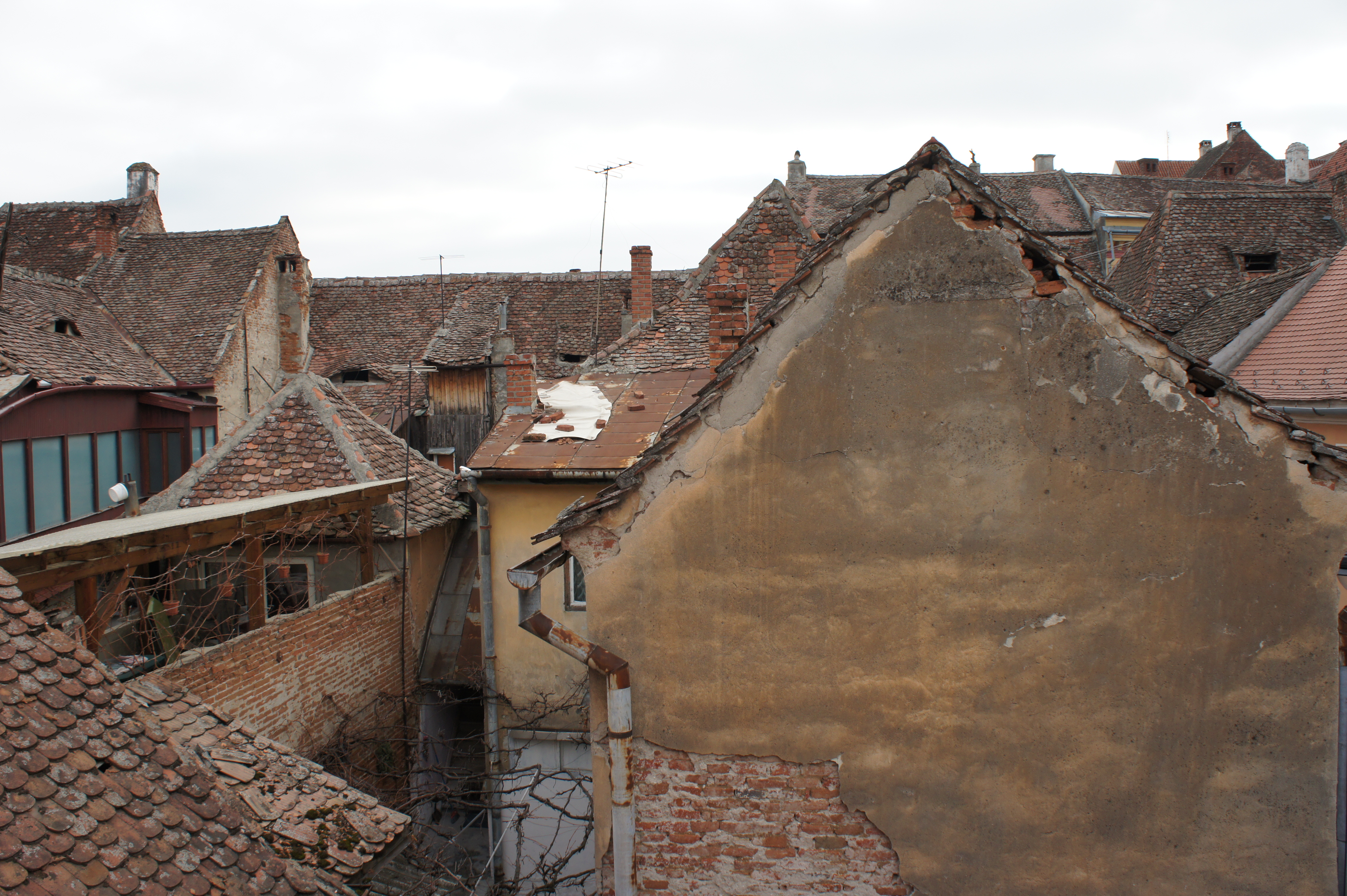 View over the roof tops from our room in central Sibiu

When we left the old town we soon came to the commercial centers where all the big international stores are. We saw some Swedish brands like H&M and some more there.

As soon as we came outside the city center we saw the really tall and snow covered mountains south of the city. They really looked majestic and to us they seemed like a giant wall. We knew there was a little hole in that wall though but we couldn’t see it until we got closer.

After some 15 km we came to a big roundabout where some major roads in southern Romania link to each other. We had a cup of coffee and a sandwich there and then went on to the smaller road that lead to the ”hole” in the giant wall.

At the start of the road there was a sign that we have seen before that we interpret as cycling, walking and horse carriages are forbidden. We have never cared about it, the police have never said anything when they have seen us and we have met plenty of horse carriages on roads with these signs. Anytime we ride on such a road and notice horse dung on it, then we understand that the ban on that sign is not enforced. 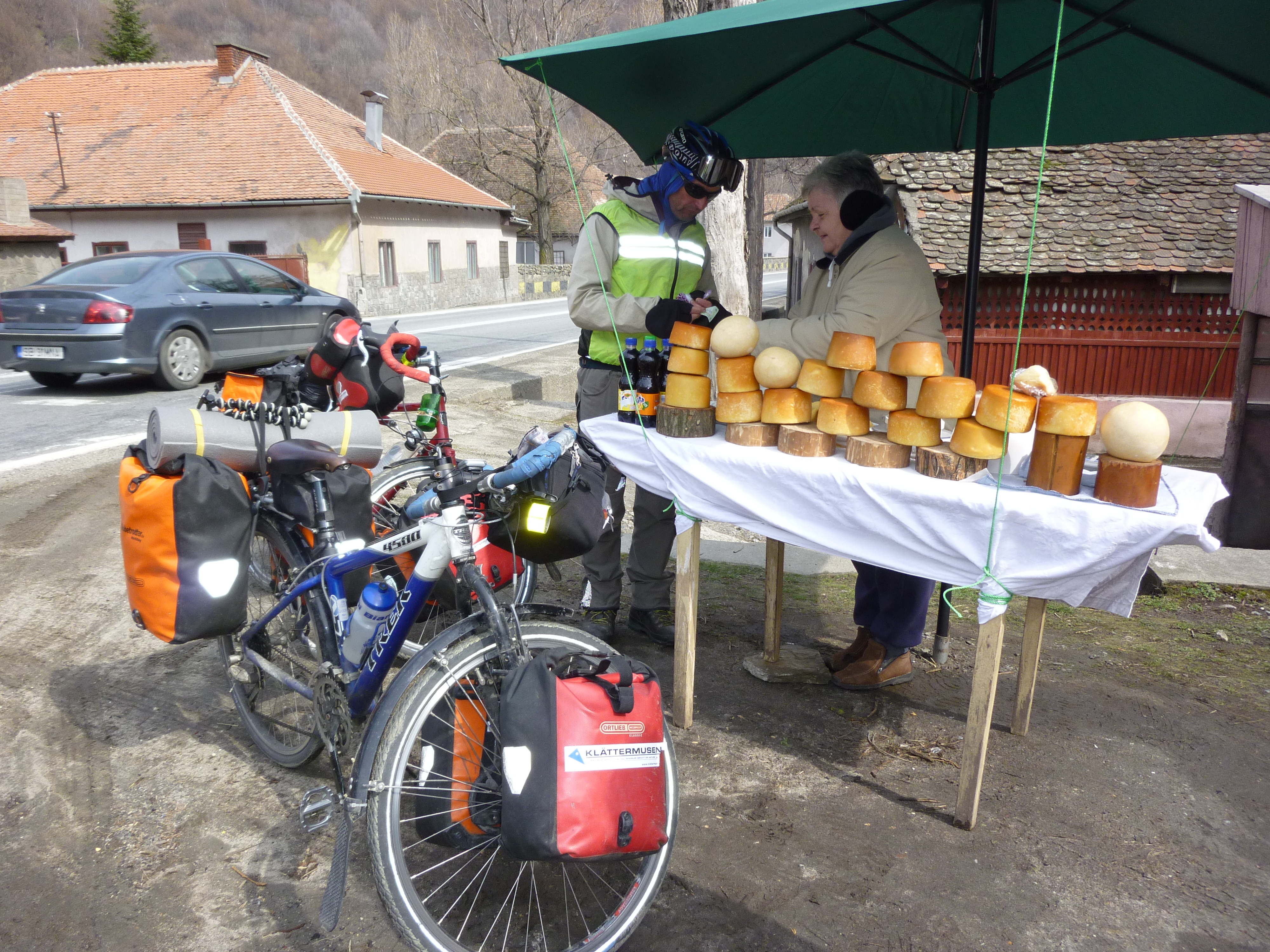 Today’s ride was also mainly downhill and besides that we had tailwind.

The marvelous scenery, downhill ride, tailwind and sunshine made our day. The only drawback was that since this road is the only way to cross the mountain range the traffic is rather intense. Many trucks passed us and as long as the shoulder of the road was wide it was not a problem. Where the shoulder was narrow we usually stopped to let them pass.

I can imagine that a ride along this road in summer must be even more fantastic.

When we stopped outside a small village to take some photos we heard music from the village. Although not yet in Balkan proper, the music was absolutely characteristic for that area. We cycled closer to take some more photos and listen a little more to the music. It was like the stereotype becoming became real. I like that kind of music and even more so when it is played on a lousy radio in the backyard of a house in a small village in southern Romania. 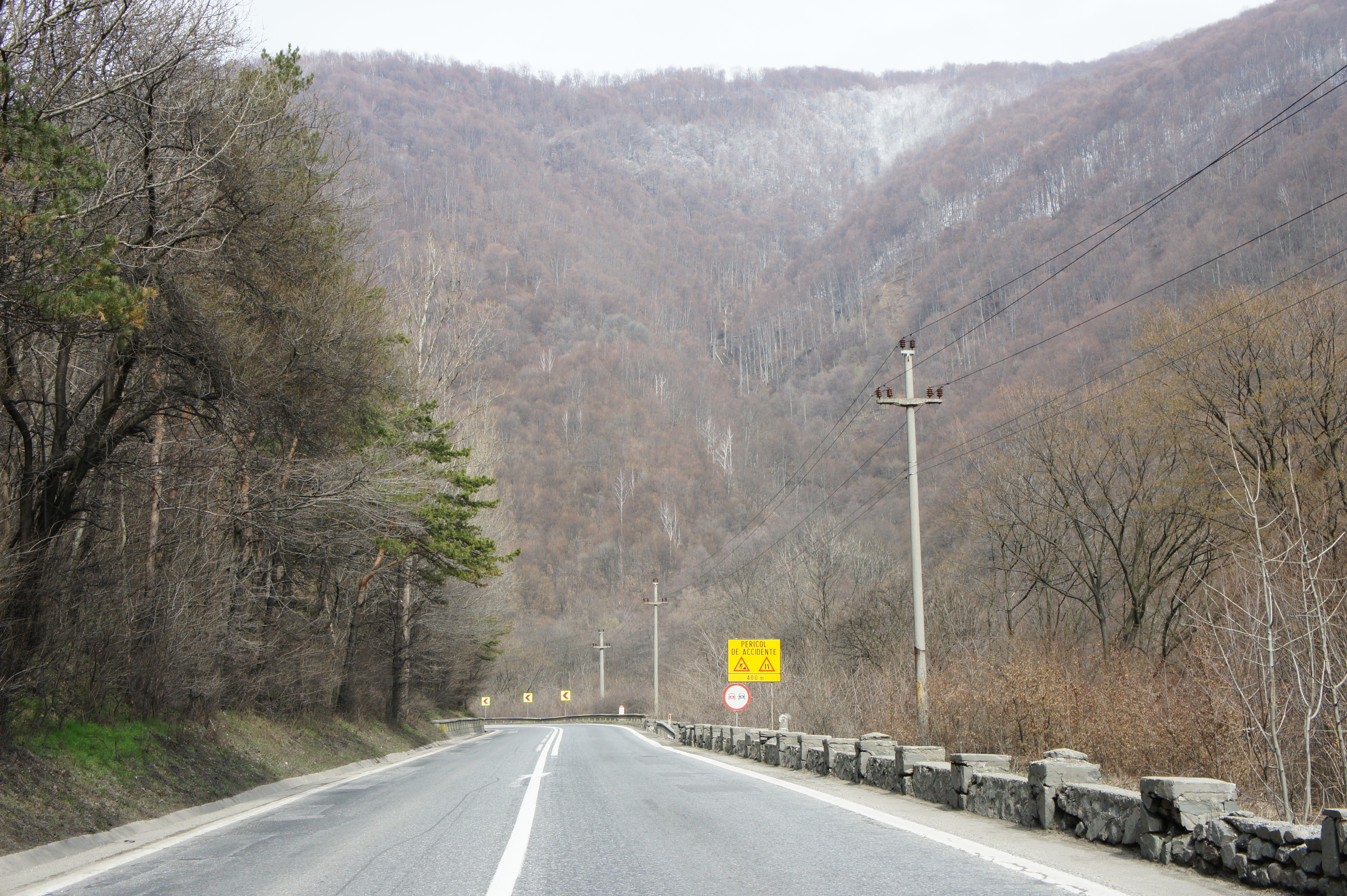 The road without any cars…

I think I have mentioned before that dogs roam around freely in the Romanian countryside. Today we have been chased by dogs for real the first time. They haven’t been angry though, but with a bunch of dogs running and barking loudly on your inside and cars passing on your outside can be a bit frustrating. But we can just as well get used to it because we will be chased regularly by dogs from now on until we arrive in Bangkok.

In cycle touring circles the topic of how to deal with chasing dogs are often discussed and there are a number of techniques to be used. We’d better start to find out which method that suits us best. My guess is that there will be a lot of dog chasing stories later on in this blog. 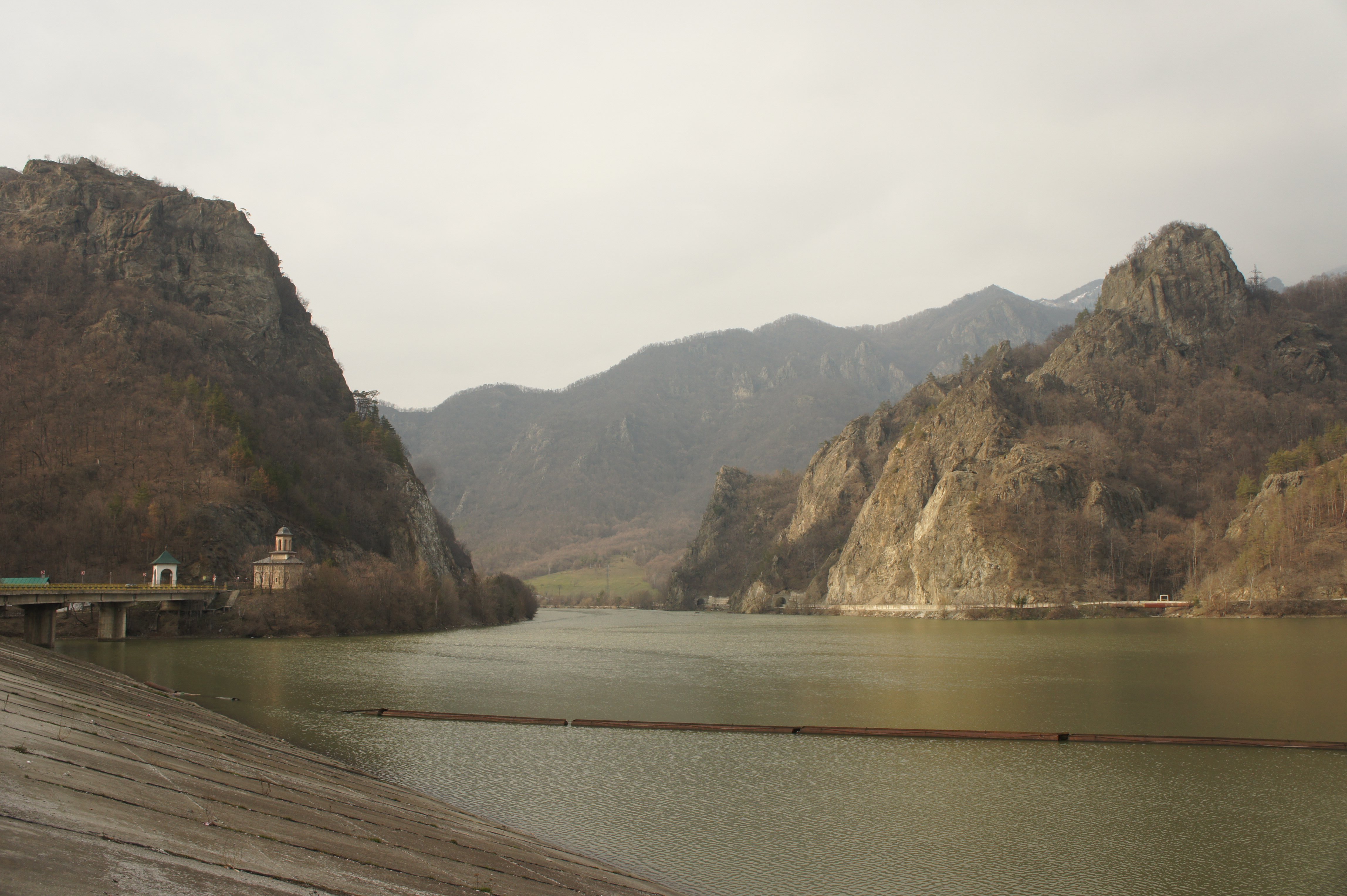 The end of the hole through the giant wall and the end of this blog post.